The US growth outlook remains strong as the economy continues to rebound from the pandemic shock, supported by ongoing normalization of services sector activity, government fiscal support and accommodative monetary policy.  However, a significant rise in the government’s debt burden from pandemic relief spending will exacerbate medium-term fiscal challenges once interest rates start to rise. 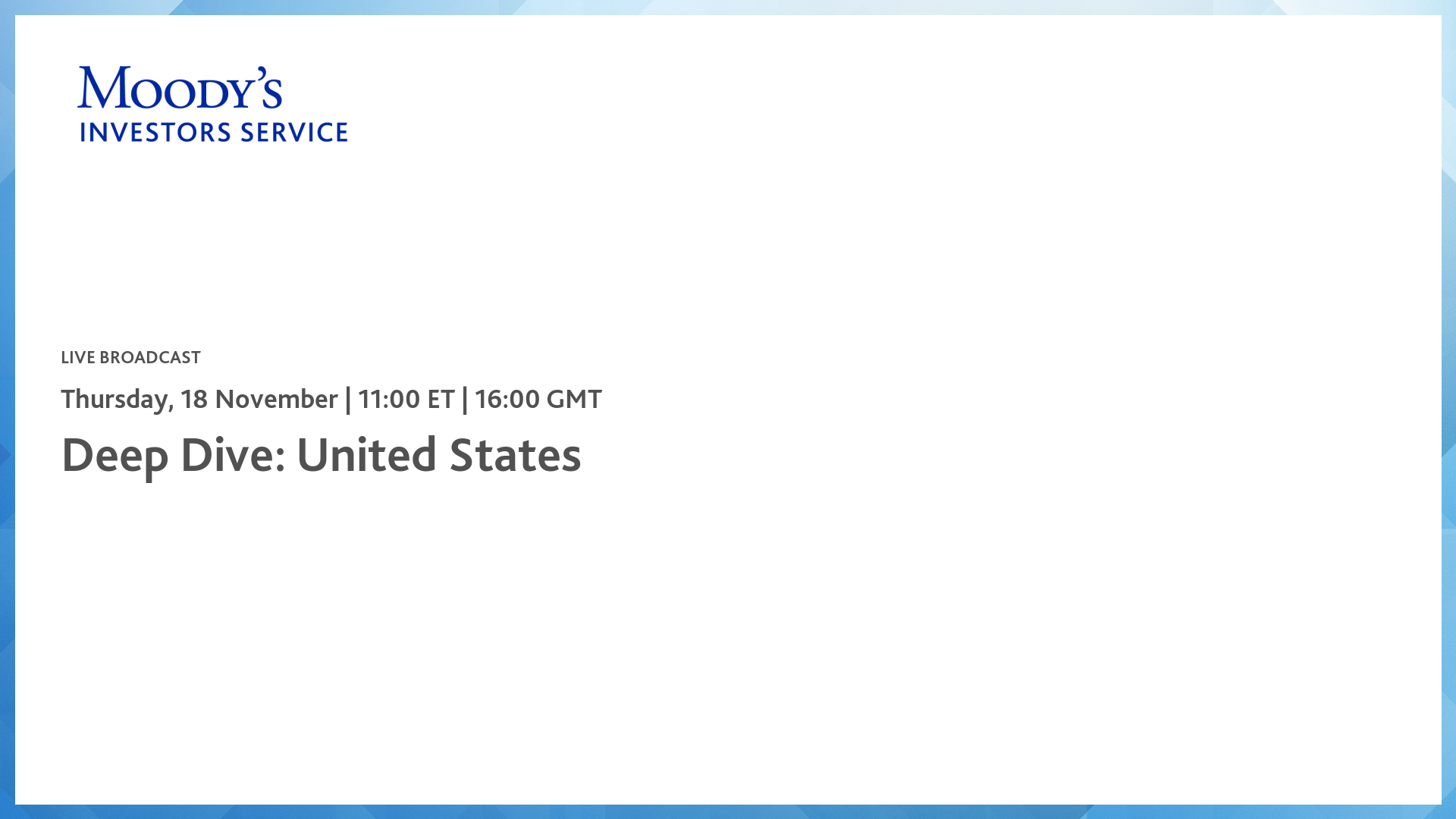 Anne Van Praagh is global head of Moody’s Sovereign and Sub-Sovereign Risk Group, with responsibility for credit ratings on countries, regional and local governments, and multilateral development banks. From 2016 to mid-2021, Anne led the global Credit Strategy & Research group, the team that defines and develops Moody’s macroeconomic and “house views” on emerging risk trends and coordinated Moody’s credit response to the Covid-19 pandemic. Anne also was head of MIS Research from 2019 to early 2022, driving the MIS content and engagement strategy for 20,000 research publications published annually.From 2014 to 2016, Anne was MD for Sovereign Risk in the Americas, Middle East and APAC and prior to that Chief Credit Officer for Public Sector Ratings. Anne held several positions in the US Public Finance, infrastructure and project finance teams. She also spent three years as vice president in Morgan Stanley’s investment banking team advising on $25 billion in government, infrastructure and project financings.Anne began her career as a speechwriter at the US Department of Defense in the Clinton Administration. She has a Master’s degree from Columbia University’s School of International and Public Affairs and a Bachelor’s degree from George Washington University’s Elliott School of International Affairs. She is married with two daughters

William (Bill) Foster is a Vice President-Senior Credit Officer in Moody’s Sovereign Risk Group in New York, where he serves as lead analyst on the United States, Canada, India, and World Bank Group credits.Bill joined Moody’s in August 2016, following 10 years at the U.S. Department of the Treasury. He most recently served as Senior Advisor for International FinancialMarkets based in New York, where he was the Office of International Affairs’ first dedicated liaison to New York’s international financial community. From August 2012to March 2015, he served as the U.S. Financial Attaché to India at the U.S. Embassy in New Delhi, where he represented the U.S. Government as its primary economic expert and financial diplomat in India. Bill joined Treasury’s Office of InternationalAffairs as an international economist in 2006, and covered a wide range of geographies during his tenure, including Latin America, South and East Asia. Prior to joining Treasury, he worked as a management consultant at Accenture. Bill holds a Master of International Affairs degree in International Financial and Economic Policy from Columbia University’s School of International and Public Affairs(SIPA) and a BA from Wesleyan University. He is a member of The Economic Club ofNew York and an Industry Advisory Board Member for Columbia Business School’sIndia Business Initiative.