Sovereign credit outlook in light of inflationary and political pressures

This session will provide you with Moody’s current views on Russia, CIS and Turkey, focusing on Russia’s macroeconomic and fiscal outlook in light of inflationary pressures, social demands and investment needs. Meanwhile, Turkey’s good near-term growth outlook and declining external vulnerability contrast with high and rising inflation. The session will also explore the credit profiles of Ukraine and Belarus and their exposure to geopolitical tensions. 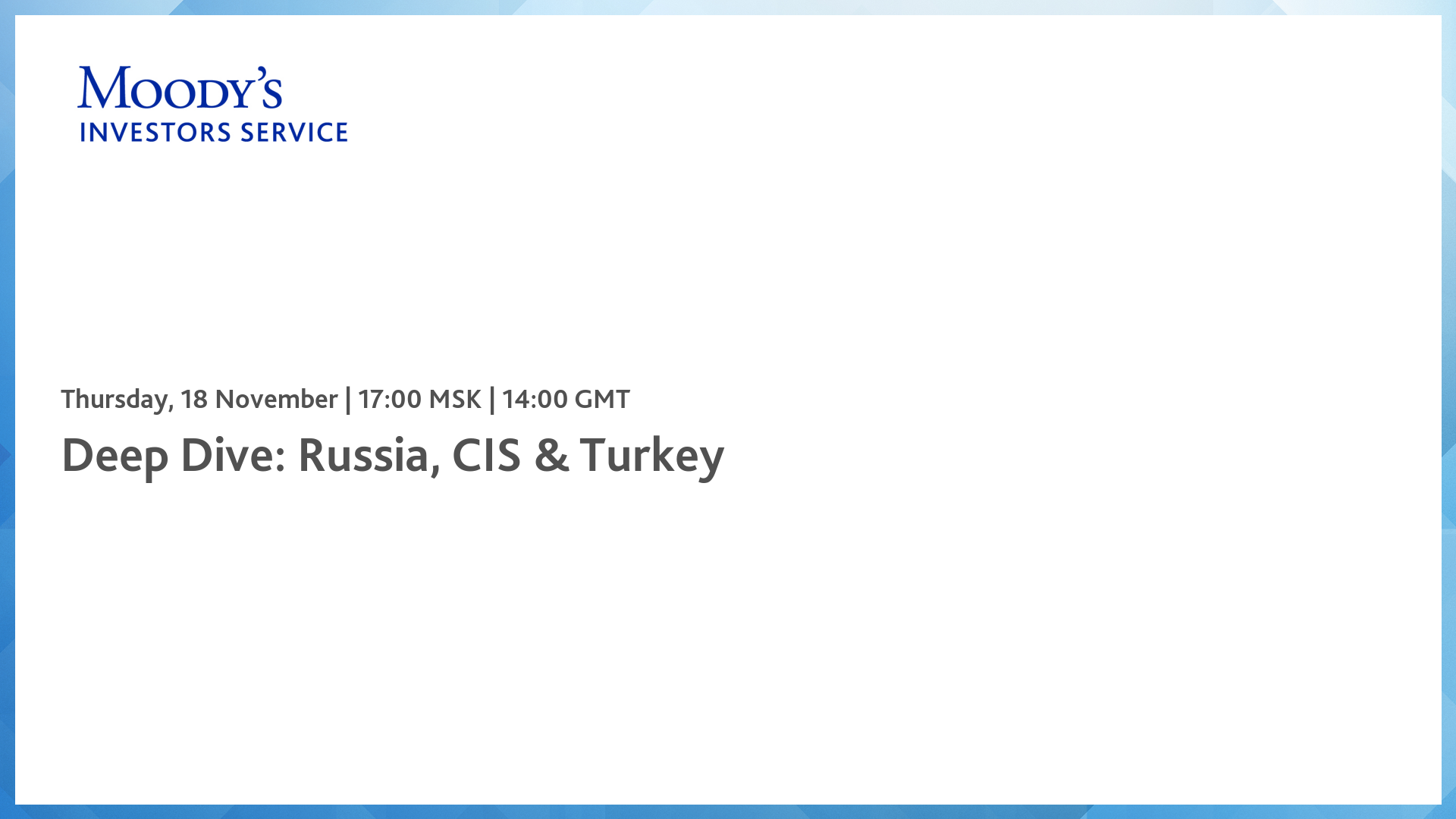 Kathrin joined Moody’s Investors Service in April 2010 as a member of the Sovereign Risk Group. She is the lead analyst for a number of European sovereigns including Turkey and Israel as well as several MDBs such as the IFC, EBRD and AIIB among others. She is also Moody’s global coordinator for all of Moody’s MDB ratings.

Prior to joining Moody’s Kathrin was a Director with Merrill Lynch, working as Sovereign Ratings Advisor to governments and banks in emerging markets. Prior to that, she was Chief Economist for Deutsche Bank in Spain.

She holds a M.Sc. in Economics, Latin American Politics, Spanish and Portuguese languages from the University of Tuebingen as well as a post-graduate economics degree from the College of Europe, Bruges.

Evan is responsible for a portfolio of credits in Europe and the CIS that includes the United Kingdom, Russia and Ukraine; he has previously worked on European countries including Portugal, Hungary, Iceland and Israel. Evan joined Moody’s in 2015 after a varied career in the UK public and private sector.

Prior to starting at Moody’s, he spent five and half years working as an economist at the Bank of England, where his last role was an economic adviser in the External Monetary Policy Committee unit. He also worked as a financial economist in the Monetary Analysis division as well as in the bank resolution area working with other UK authorities to monitor and resolve financial institutions as part of the UK’s Resolution Regime. Before joining the Bank of England, he worked in corporate finance at KPMG focusing on debt advisory and mergers and acquisitions.

He holds an MSc in Finance from Universitat Pompeu Fabra in Spain as well as an MComm in Economics from the University of Cape Town in South Africa.