The world is yet again in a transition, but what will drive and impact credit dynamics in 2022 and beyond?
Explore Moody’s insights and analysis on the global credit trends that will have the biggest impact in your
country, region and sector.

Dive deeper with our interactive map 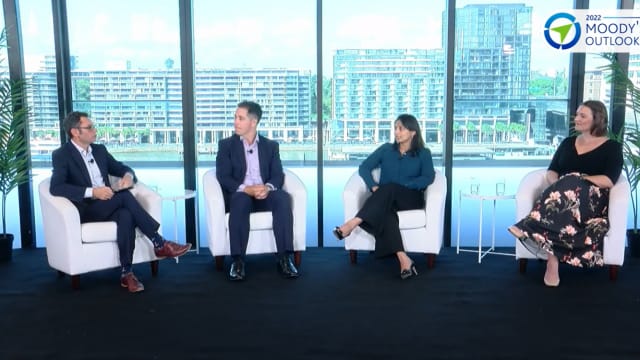 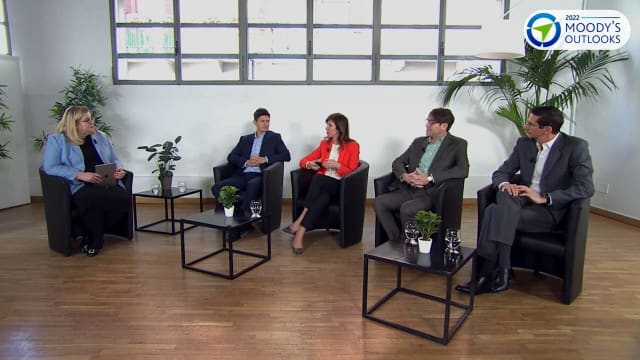 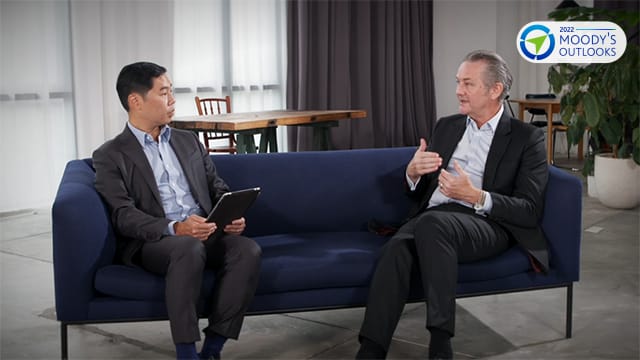 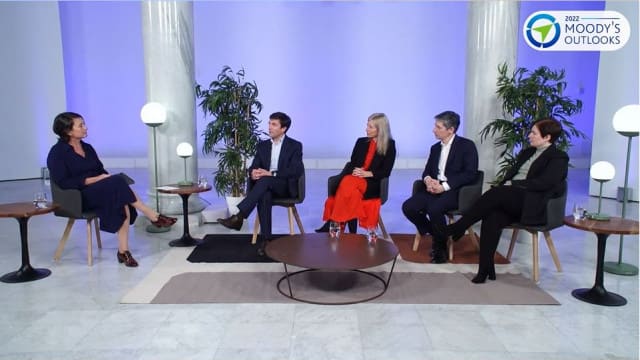 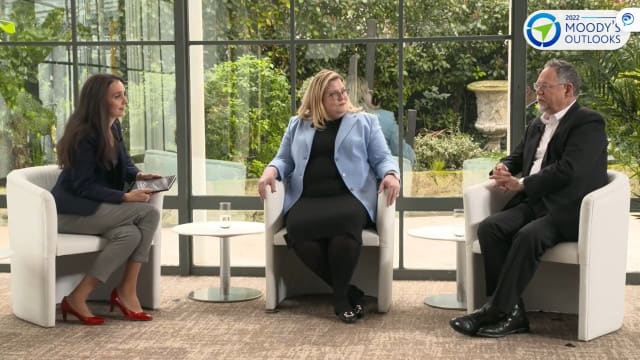 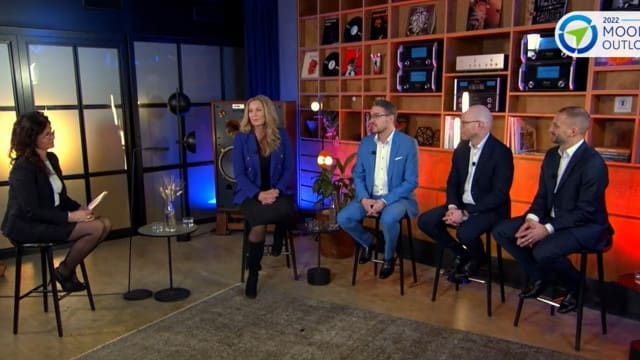 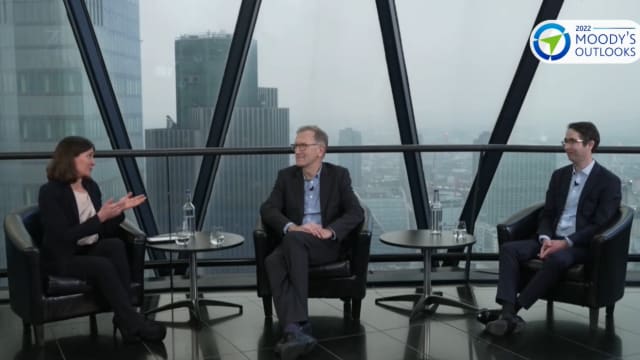 John Gapper writes an award-winning column on business, with a focus on finance, media and technology, and also contributes editorials and features, including regular Lunch with the FT interviews. He is one of the FT’s most senior and influential writers, having covered the financial and media industries, as well as employment issues, before taking up his current role in 2003.

He was based in the FT’s New York office 2005-2012, where he helped to lead its successful expansion in the US. Gapper was formerly comment editor of the FT, and in that role was in charge of introducing and editing the paper’s awardwinning comment page. As a columnist, he has written on topics including Wall Street and the aftermath of the financial crisis; management and corporate strategy, the future of digital news and entertainment; innovation and venture capital; how should companies handle crises, and the disruptive impact of technology.

Gapper has written two novels, The Ghost Shift and A Fatal Debt, both published by Random House in the US. He is also the author of the non-fiction works How to be a Rogue Trader and All That Glitters, an account of the collapse of Barings. He often appears on television and radio, including on the BBC, CNBC and CNN.

The winner of the 2013 Gerald Loeb award for commentary, he has received three annual Best in Business citations for his column from the Society of American Business Editors and Writers. In the UK, he was named best business columnist in the 2014 Comment Awards and gained the technology writer and best communicator awards in the Business Journalist of the Year awards. He was named one of the 100 most influential men in Britain by GQ magazine.

Gapper won an open scholarship to Exeter College, Oxford University, where he studied Philosophy, Politics and Economics. He was awarded a Harkness Fellowship to study at the Wharton School of the University of Pennsylvania. Before joining the FT in 1987, he trained as a journalist with Mirror Group Newspapers, working on papers including the Daily Mirror, Daily Mail and Daily Telegraph. He lives in east London with his wife, the novelist Rosie Dastgir, and their two daughters.

2018   Completed his term as Deputy Governor

Jeanette Jäger was appointed Enento Group Plc’s CEO and member of the Executive Management Team. She

Jeanette Jäger has strong experience in the Nordic banking and finance sector in leadership, ICT, Finance and

Sales & Marketing positions. Since 2016 she has worked in the Swedish company Bankgirot, first as VP Digital

Services and from 2017 as CEO of Bankgirot. Previously she has acted in different management positions in Tieto

Further she acts as Board member of the Telia Company AB.

Eric Chaney has been Economic Advisor to Institut Montaigne since January 2017.

Between 2008 and 2016, he was the Chief Economist of AXA for its worldwide activities. He advises multiple financial and non-financial companies on economic and geopolitical issues with his company, ECho. Within AXA Investment Managers, Eric managed the Research and Investment Strategy team, and advised the board on the potential of artificial intelligence. Within AXA, Eric advised the board on global economic and financial issues: he was a member of the Investment committee of the group, as well as the Asset Liability Monitoring Committee.

From 2000 to 2008, Eric Chaney was the Chief Economist for Europe for Morgan Stanley, which he had joined in 1995 after having managed the “Synthèse Conjoncturelle” division of the National Institute of Statistics and Economic Studies (INSEE), where he oversaw the quarterly publication of the economic outlook report. He was Senior lecturer at the National School of Administration (1993-1996), held a seat at the Conseil des Prélèvements Obligatoires to the Cour des Comptes (2010-2014), as well as the National Economic Commission (1997-2014), and at the Scientific Board of the AXA Research Fund.

He is a member of the Advisory Board of the Autorités des Marchés Financiers (AMF), and since 2014, Vice President of the Board of Directors of the Institut des Hautes Etudes Scientifiques (IHES) of Bures-sur-Yvette.

Ruben Segura-Cayuela is a Managing Director and the head of Europe Economics Research. The Europe economics team was ranked #1 in the 2019 and 2020 II Global Fixed Income Research Survey.

Prior to joining the firm, Segura-Cayuela was a senior economist at the International Affairs Directorate of Banco de España, where he was responsible for the coverage of global fiscal and structural policies as well as macroeconomic analysis and academic research. He has also worked as an advisor in macroeconomic and financial issues to the Deputy Minister for Economic Affairs in Spain.

Segura-Cayuela was awarded a PhD in Economics from the Massachusetts Institute of Technology and holds a master’s degree in Economics and Finance from CEMFI.

Jeremy Kirk is a Cybersecurity Journalist based in Sydney who writes about the growing risks to companies from cybercriminals and nation-states seeking to compromise data.

Jeremy is an editor with Information Security Media Group, a U.S.-based publishing company focused on computer security. He is also the creator of The Ransomware Files, a podcast that speaks to organisations that have navigated their way through a ransomware incident and learns how they fought back.

Jonathan Englert is the founder of AndironGroup (www.andirongroup.com) He is a noted communications strategist specializing in disruptive technology, cybersecurity and the sharing economy and building movements around concepts, areas of expertise and platforms. He is the founder of RedPhoneCyber, the first-of-its-kind cyber crisis communications team.

As a journalist, he has written for The New York Times and many other publications on issues ranging from public affairs to technology to adventure sports. Jonathan is regularly commissioned to produce books, speeches and media commentary for well-known public, political and business figures. The Chicago Tribune called his full-length nonfiction book The Collar (Houghton Mifflin 2006) "an impressive portrait". He is the recipient of the Nona Balakian Award for Literary Criticism, the Sackett Graduate Award for law and journalism, a grant from The Louisville Institute (a Lily Foundation partner) and a Maxwell Award for Best Novel.

Dr Friederike (Fritzi) Köhler-Geib is Chief Economist of KfW Group and Head of KfW Research. Prior to this, she spent more than 10 years at the World Bank, most recently in the position of Lead Economist and Programme Leader for Central America.

She studied Economics in the USA, France, Germany, Spain and Switzerland. As Chief Economist of KfW Group, she analyses trends relevant for KfW in the economy, society and on the financial markets and brings a new dynamic to the economic and financial policy debate. The focus of her work lies in the analyses of economic developments and growth trends in Germany. A particular focus is placed on small and medium-sized enterprises and the role of innovation and digitalisation in improving competitiveness, as well as issues related to the goal of a climate-neutral economy. Furthermore, Dr Fritzi Köhler-Geib also actively addresses economic policy connections between Germany, Europe and the world.