Changing State of the US Consumer

Join Moody’s Investors Service analysts for a discussion of how new entrants, products and technologies are transforming the consumer financial ecosystem. 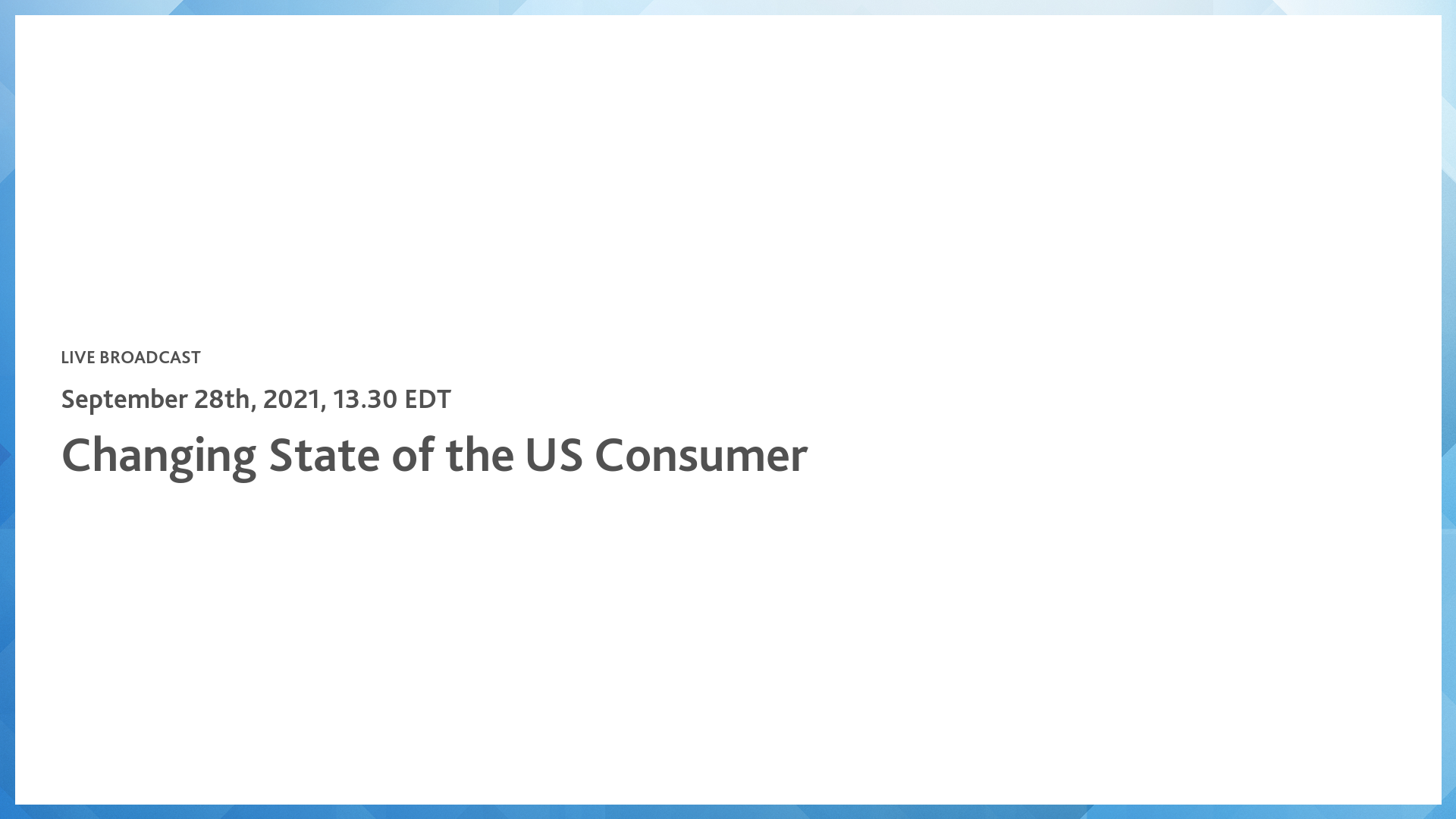 Neil Begley is a Senior Vice President on Moody’s Tech-Media-Telecom team. Since joining Moody’s in 1994, he has been responsible for a credit ratings and research for a portfolio of large cap and other notable investment-grade and speculative-grade media, entertainment, telecom and sports issuers which presently includes such companies as AT&T, The Walt Disney Company, Comcast, Alphabet, Fox Corporation, Netflix, ActivisionBlizzard, ViacomCBS, Twitter, DISH Network, Lions Gate, sports leagues and teams, among others.

Before coming to Moody’s, Neil was with Bar¬clays Bank PLC’s merchant banking arm, Barclays de Zoete Wedd in New York. He began working at Barclays in 1989, concentrating on corporate finance for Barclay’s Communications group which included large media and tele¬com companies. He specialized in such industries as cable television, broadcasting, television networks, wireless and wireline

telecommunications, satellites and related others. Prior to working at Barclays, Neil was a senior accountant in KPMG’s auditing practice. He spent approximately four years in public accounting where he earned his CPA and specialized in industries such as financial institutions, manufacturing and middle market.

He graduated from St. John’s University College School of Business in 1985 with a BS in accounting. He lives on Long Island with his wife and has four children. He has served on professional advisory boards and has been active in causes supporting people with autism.

Andrea joined Moody’s in 2011 and prior to his current role, he was based in London covering a portfolio of European Global Investment Banks (GIBs), non-GIBsand securities firms, including UK, French and Swedish banks.During his time at Moody’s, he worked on rated firms domiciled in different European countries, both from London and Paris. In addition, he spent six months in Hong Kong where he worked on Asian banks and securities firms.Prior to joining Moody’s, Andrea spent eight years at the UK Financial Services Authority (FSA) in various roles in supervision of banking and non-banking financial institutions. His experience at the UK financial regulator also included an industry secondment to Fidelity International in the UK, and an international second mentto the Autorité de Contrôle Prudentiel (ACP) Banque de France, the Paris-based French banking regulator.

Prior to working at the FSA, Andrea spent three years at Bloomberg Financial Markets in London as an analyst in the Global Data Department, and seven years with Banca Intesa in Italy where he worked as a private banker and as a corporate banker. Andrea holds a degree in Finance and Economics from the University of Cagliari(Italy) and an MSc in International Banking and Finance from London Metropolitan University. Andrea is a native Italian speaker and is fluent in English, French and Spanish.

Stephen is a lead analyst responsible for a portfolio of US funds & asset management companies. He has also led research on thematic topics including Digital Transformation, ESG Investing, Active & Passive investing and liquidity risks. His research is frequently cited in the FT, Bloomberg, NY Times, WSJ, Barron’s and other financial media.

Prior to joining Moody’s in 2013, he was an Executive Director at China International Capital Corporation focused on asset management and cross-border capital products. He served as Director at Societe Generale Asset Management’s alternative investment group as global strategy head for relative value investments and Director at Banc of America Capital Management’s alternative investment group managing hedge fund investments. Stephen started his career as a debt derivatives trader at Citibank in New York and graduated from the University of Michigan with an Honors in Economics.

Prior to joining the Financial Institutions Group, Warren was a Managing Director for Structured Finance Administration overseeing key strategic initiatives and prior to that Warren co-headed the Residential Mortgage- Backed Securities (RMBS) team as well as headed up the U.S. Servicer Ratings team.

Warren joined Moody’s in 2001. Prior to Moody’s, Warren held senior investment banking positions with William Blair & Co., The Industrial Bank of Japan and Bickford & Partners focusing on a securitizations of a wide range of asset types, including residential mortgages, equipment lease, auto loan and lease, consumer assets and commercial receivables.

Warren holds a B.S. in Finance and Decision Sciences from the Wharton School of the University of Pennsylvania.

Jingjing (Nicky) Dang is an Associate Managing Director and head of the Consumer ABS New Ratings Americas team. In this role, she manages the teams that cover the auto, unsecured consumer loan, credit card student loan and other consumer related ABS sectors. She is also a senior editor of the ABS Spotlight. Nicky has previously ledt he auto and student loan rating team prior to taking her current position and worked on surveillance of various ABS and RMBS transactions since she joined Moody’s in February 2007 as an Associate Analyst.She holds a Master’s Degree in Economics from New York University and a BA in Economics from Beijing Technology and Business University. Nicky is also a CFA charterholder.

Fadi Massih is a lead analyst for global investment banks, securities firms and clearing houses, within Moody’s Financial Institutions Group. In this role he has analytic responsibility for the ratings of a number of predominantly US-based banks, exchange operators, electronic market makers and clearing houses. Fadi joined Moody’s in 2013 as an Associate Analyst in the Toronto office covering Canadian banks, insurance companies and asset managers.

Prior to joining Moody’s, Fadi was an Investment Analyst at a Toronto-based asset manager overseeing a portfolio of investments in natural resources and financial institutions. Fadi previously worked at the Bank of Montreal as a Product Manager in cash management and payments products. He holds an undergraduate degree in Economics and Political Science from the Lebanese American University and a Master of Finance from Queen’s University in Canada.

Megan Fox is Vice President - Senior Analyst in the Financial Institutions Group of Moody’s Investors Service covering a portfolio of US regional banks. She joined Moody’s in2011 as an Associate Analyst. Prior to joining Moody’s, Mrs. Fox held positions with Freddie Mac, primarily within the Finance department. She holds a B.A. in economics and political science from the University of Delaware.