Performance was stable and issuance volumes were high in 2021, but will these trends continue in 2022?

What are the main supply and demand drivers this year and how will inflation and interest rates affect the performance of ABS and RMBS transactions in the EMEA markets?

Hear Alexander Batchvarov, Managing Director, Bank of America Merrill Lynch in conversation with Olga Gekht and Tony Parry, Senior Vice Presidents from our Structured Finance Group to debate these points.  The webinar discussion will last about 45 minutes followed by a Q&A. 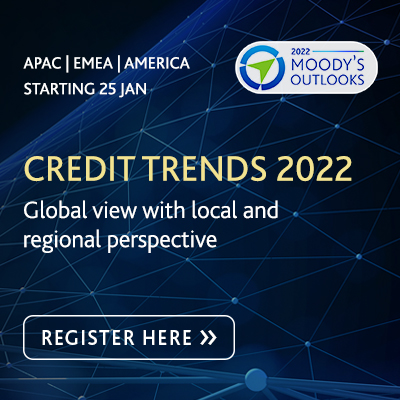 Dr Alexander Batchvarov is a managing director and Head of International Structured Finance research at BofA Merrill Lynch Global Research, and has held this role since he joined Merrill Lynch in 1998.

Batchvarov joined Bank of America Merrill Lynch in 1998 and in this time has also served as Head and co-Head of Global Mortgages and other Structured Finance between 2007 and 2010. Prior to this, Batchvarov worked in FIG at Citibank, New York and as a structured finance analyst and sovereign analyst at Moody’s Investors Service, New York.

ratings to EMEA ABS and RMBS transactions. Anthony has published and spoken

extensively on Moody’s behalf since joining the company over ten years ago. Prior

to his current role, Anthony spent over seven years as a senior analyst in the

for all asset classes within structured finance.

Prior to joining Moody’s, he spent several years in risk and modelling roles in the

Mathematics from The University of Manchester and is a part-qualified Actuary.